A Beautiful Festival Wedding in Dorset! 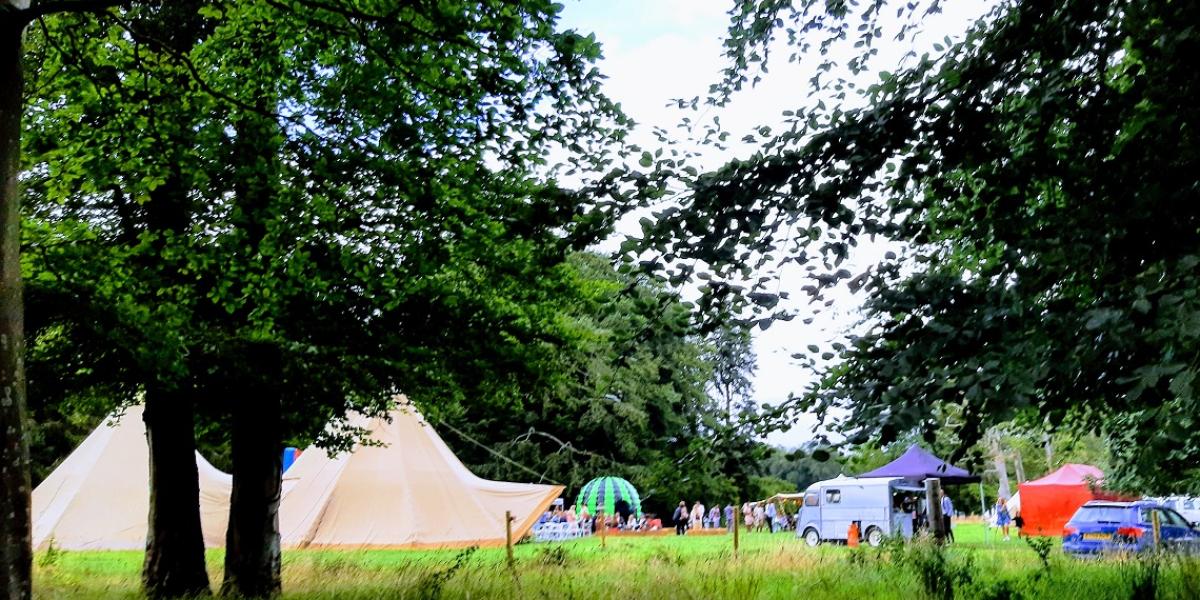 Here is a lovely blog from my associate celebrant Lorna, from her weekend festival wedding down in sunny Dorset!

“If we take a Winter Wonderland, a magical ice kingdom and an arctic explorer, mix them all together, then we have the wonderful beginnings of a beautiful relationship”.

From the moment I met Christopher and Charlotte, their love for each other shone through.  I think our first zoom call lasted nearly 3 hours and we could have probably spoken for longer too!

Their wedding was supposed to be held in August 2020 but was moved to the 7th August 2021 which I feel extremely privileged to be a part of.

We decided to meet at Charisworth Farm in Dorset a few weeks before the wedding so that we could do a walk-through of the ceremony and also a final run-through of the script to make sure that everything was going to be perfect for the day.

For me, it is really important that the couple can visualise the ceremony before the big day and also to be able to be face to face and discuss the script, a rare opportunity that is invaluable for both our lovely couple and myself.

The Festival style wedding was to have around 150 guests attending a much anticipated joining of this couple and their baby son.  Some amazing ideas came out of our visit and would make the ceremony even more special and personal to Charlotte and Christopher.

On the day I woke to rain, but luckilly as the day progressed and on the lead up to the ceremony and celebrations, the day cleared for this special couple. (Although with it being a festival wedding, wellington boots may well make an appearance to the day!)

I arrived and called the groom to let him know that I was there, met some of the groomsmen who seemed to have the pre-requisite of being over 6ft tall, I felt a little dwarfed!  They were certainly a huge support to the groom and were definitely put to work to help with the final elements for the ceremony including drying off the ceremony chairs and ensuring that everything was in place. 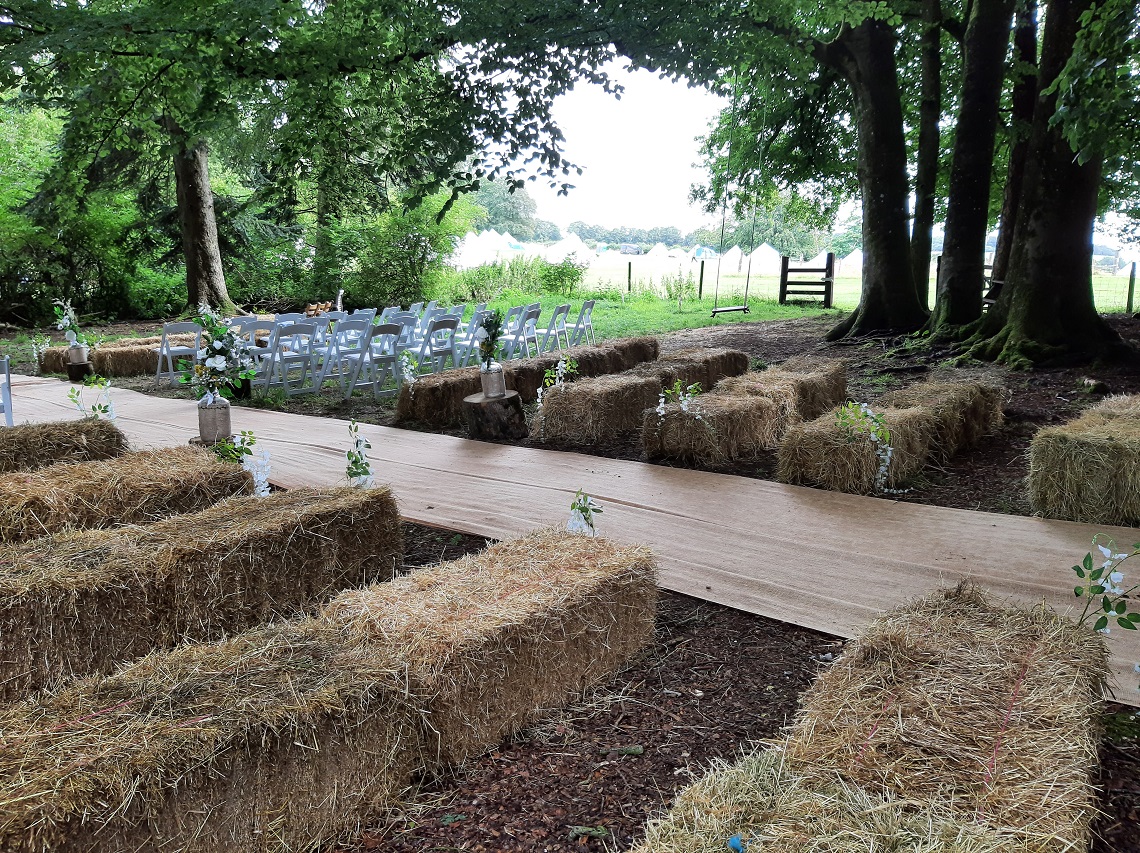 The music for the ceremony was confirmed and a system of signals was put in place to enable the DJ to play and fade the music at the correct times.   I set up the PA system for the ceremony and did my final soundcheck.

The rain seemed to be keeping off as everyone started taking their seats.  I needed to find the children that were going to help scatter petals before the bridal party came down the aisle, as I was going to take them with me when I went to meet Charlotte before the ceremony.   They were very excited as they sat waiting in their seats until I came to get them. 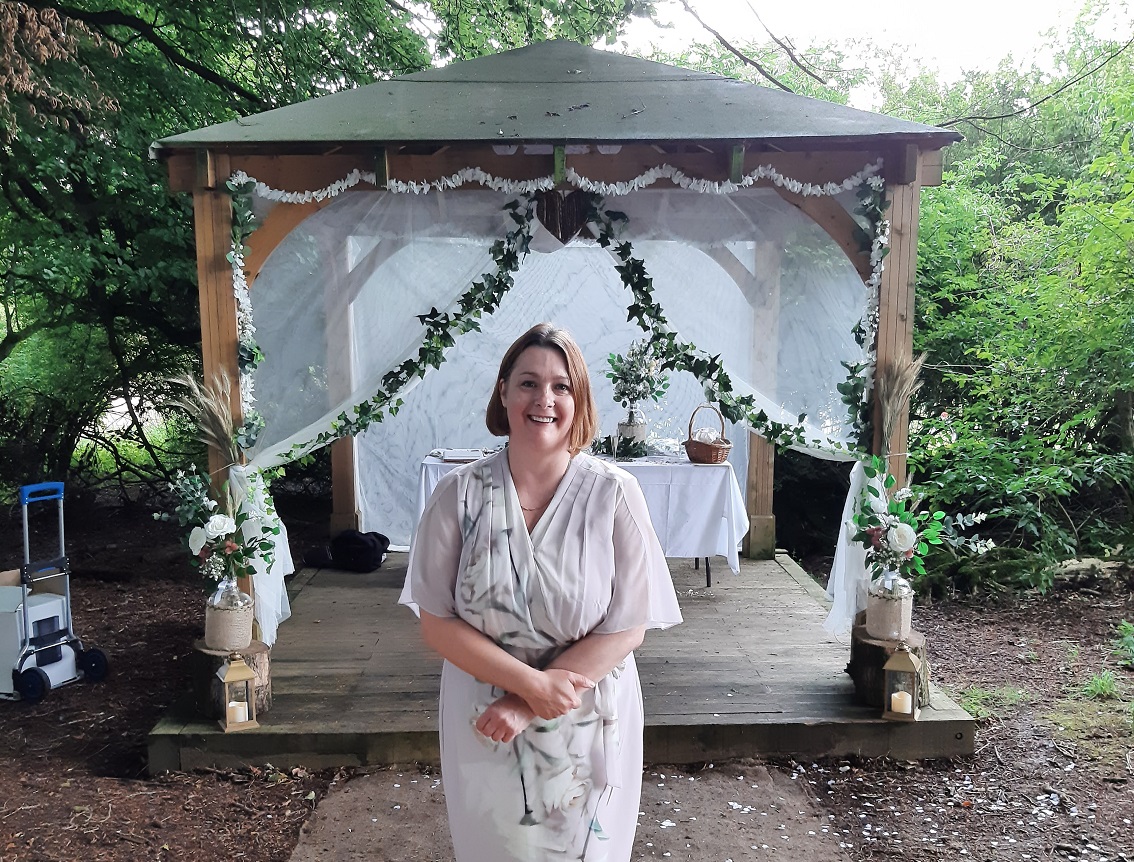 I was signalled that the bridal party had arrived and I made my way up through the covered wooded hessian walkway through the trees, with my little helpers who were all keeping their fingers and toes crossed that the rain would keep away.  We made our way through the photo gallery that meandered and told the story of Christopher and Charlotte, also the paper lanterns that dotted above us made the setting so enchanting.

We met the bridal party and also Ella the ring bearer, and we spoke about what would happen through the ceremony.  Charlotte arrived and she was stunning.  Everything was in place!! 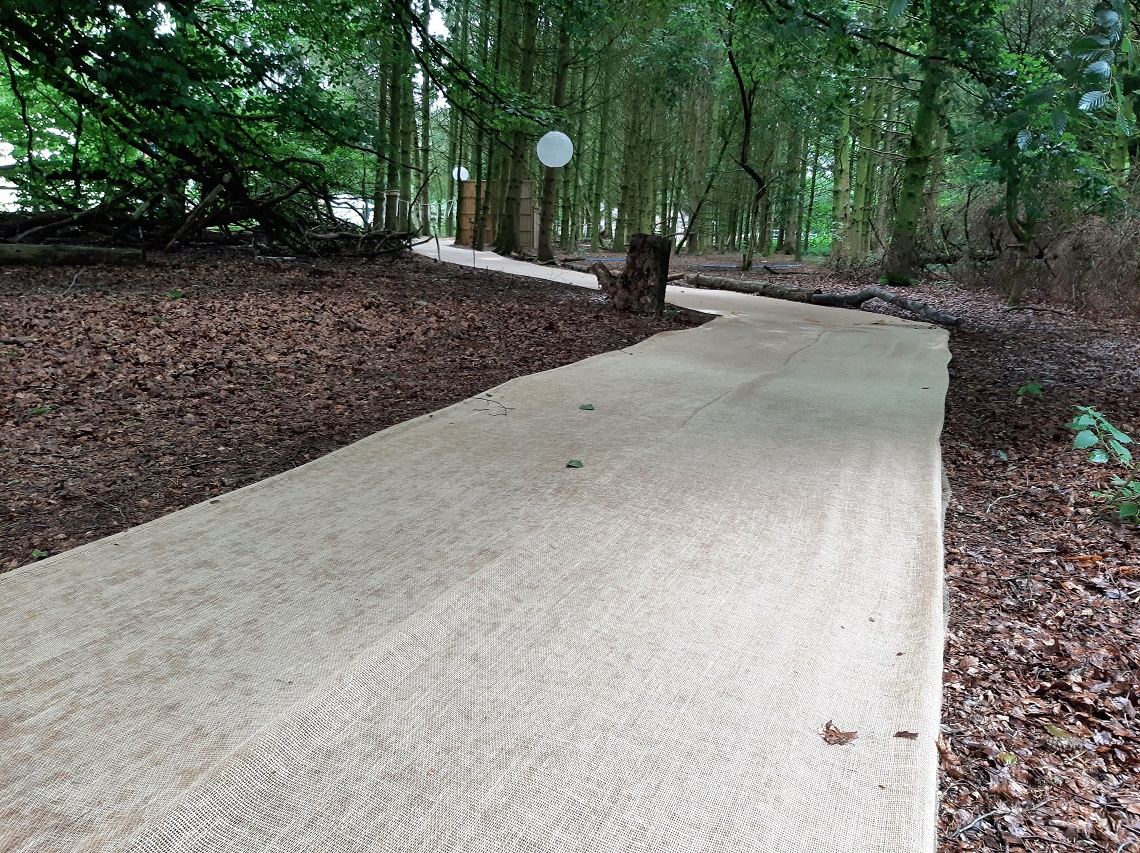 “Good afternoon Ladies and Gentlemen, are we ready for our wedding today?” were my opening words, and the unanimous “Yes” and roaring round of applause definitely set the tone of the wedding, everyone was very much behind our beautiful couple on this day.  As I went through my housekeeping messages, Christopher stood nervously waiting with his groomsmen, for his bride to come down the aisle, but not before we gave our Groom his moment, with his guests cheering and applauding him in absolute support.

I gave the signal to the DJ to start the Bridal music and the very personal ceremony began. 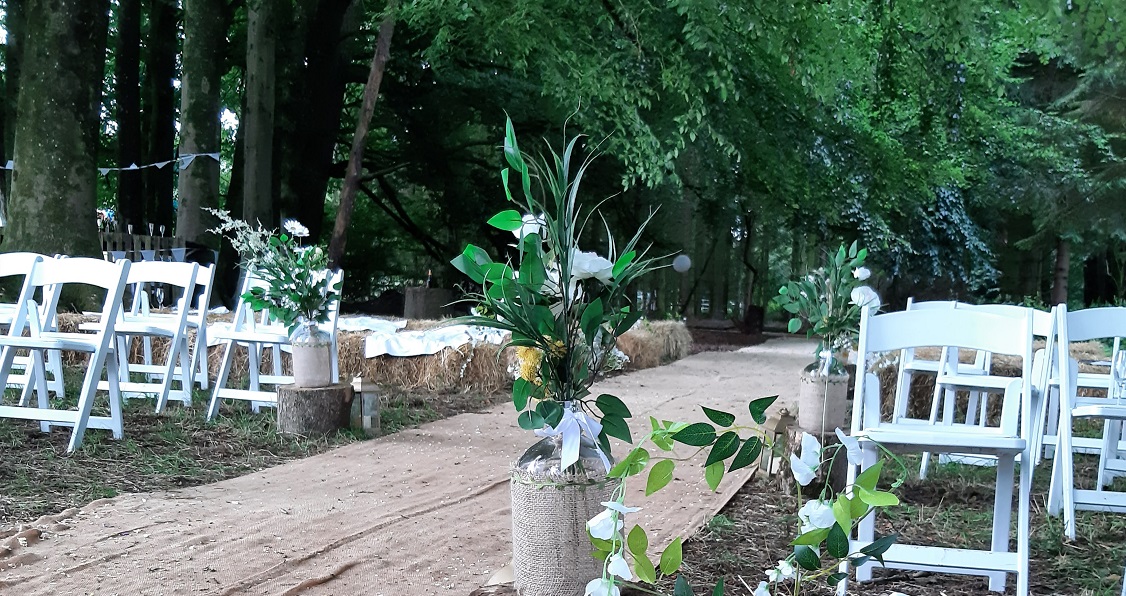 The ceremony brought laughter and tears through the couple's personal story.  Charlotte and Christopher also decided to write their own beautiful vows that were so heartfelt by everyone, which brought together the true epitome of being a couple and family.  Our young ringbearer, did a stellar job, ensuring that her precious cargo of the rings was well protected in the box until required, and for a 6-year-old to stand up in front of everyone to do this can be a daunting task, but Ella took this in her stride.

Christopher and Charlotte were confirmed as husband and wife and there was not anything that could be heard above the whoops and cheers of their guests.  So once this had eased I asked if Christopher would like to kiss his beautiful wife, which again set the applause and encouragement from their guests. 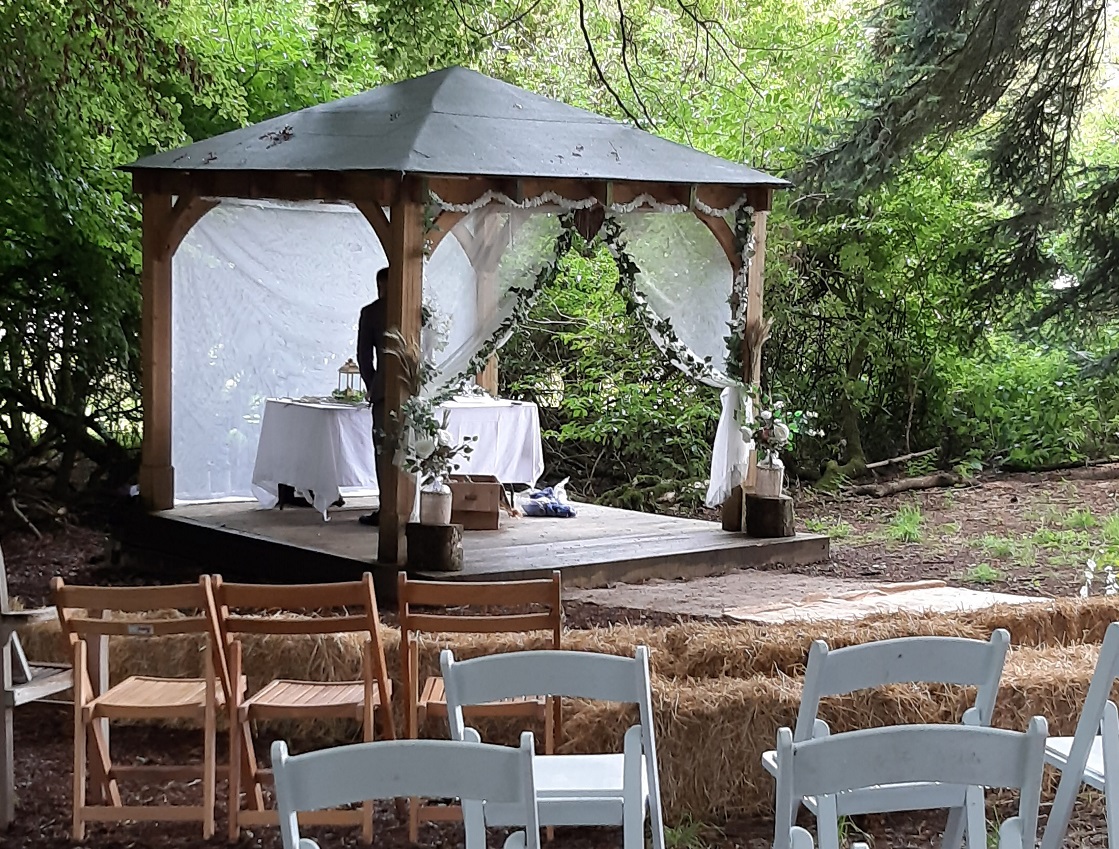 I called the witnesses forward so that we could walk back up the wooded path to the signing building.  An opportunity for the couple to take a moment to themselves as well as release the nerves that built up before and during the ceremony.

Meanwhile the guests were receiving champagne for a toast and confetti petals so that they could shower the newlyweds upon their return. 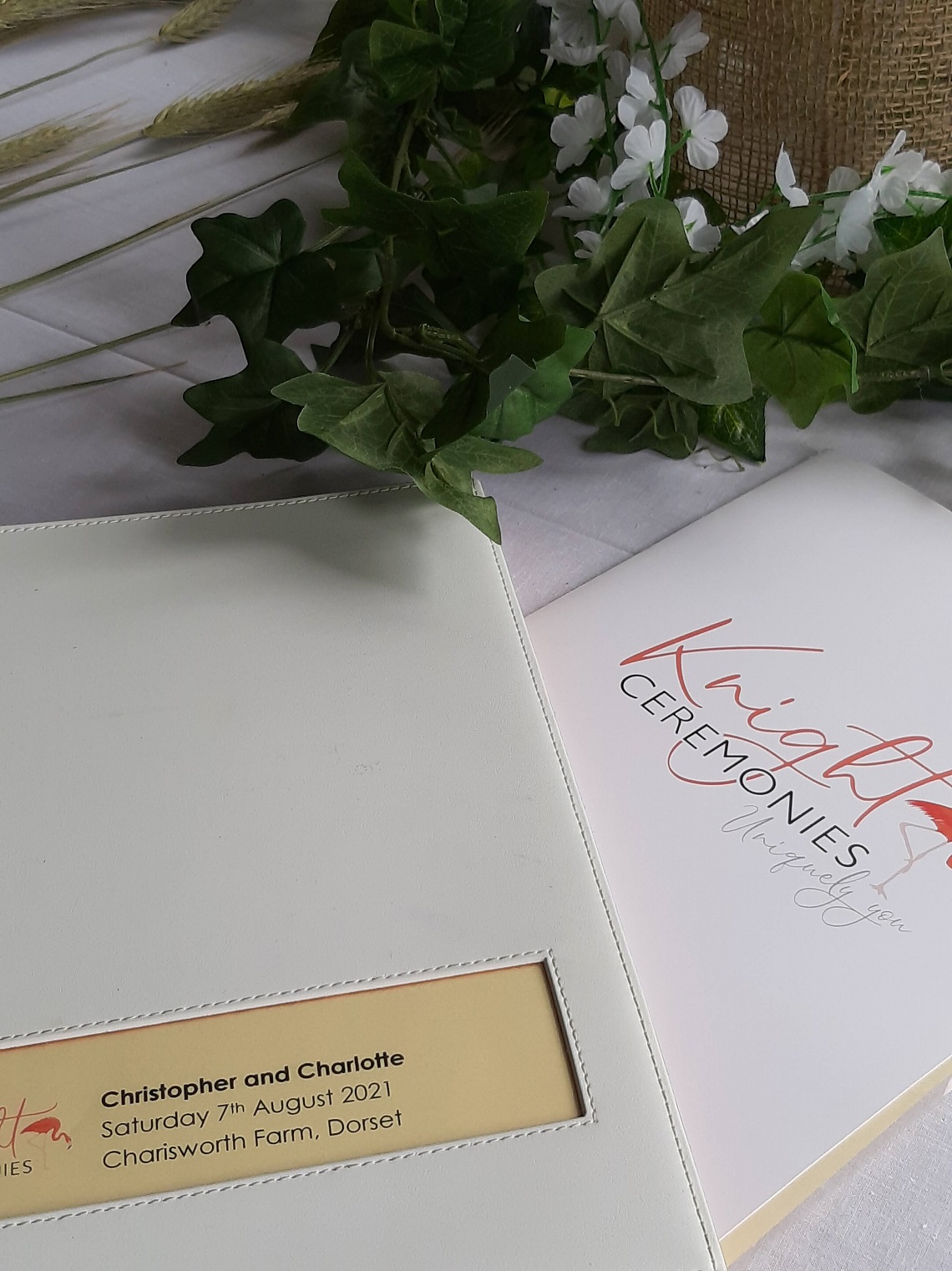 Upon our return, our groom got to pop the corks on a few bottles of champagne, showering the shaken up bubbly, celebrating their union. Toasting their guests.

“To friends, family, special bonds and a future full of great things!”

As they walked back up the aisle to their festival reception you could feel the elation of everybody, as they were showered in petals and guests were somewhat like a huge hug around them. 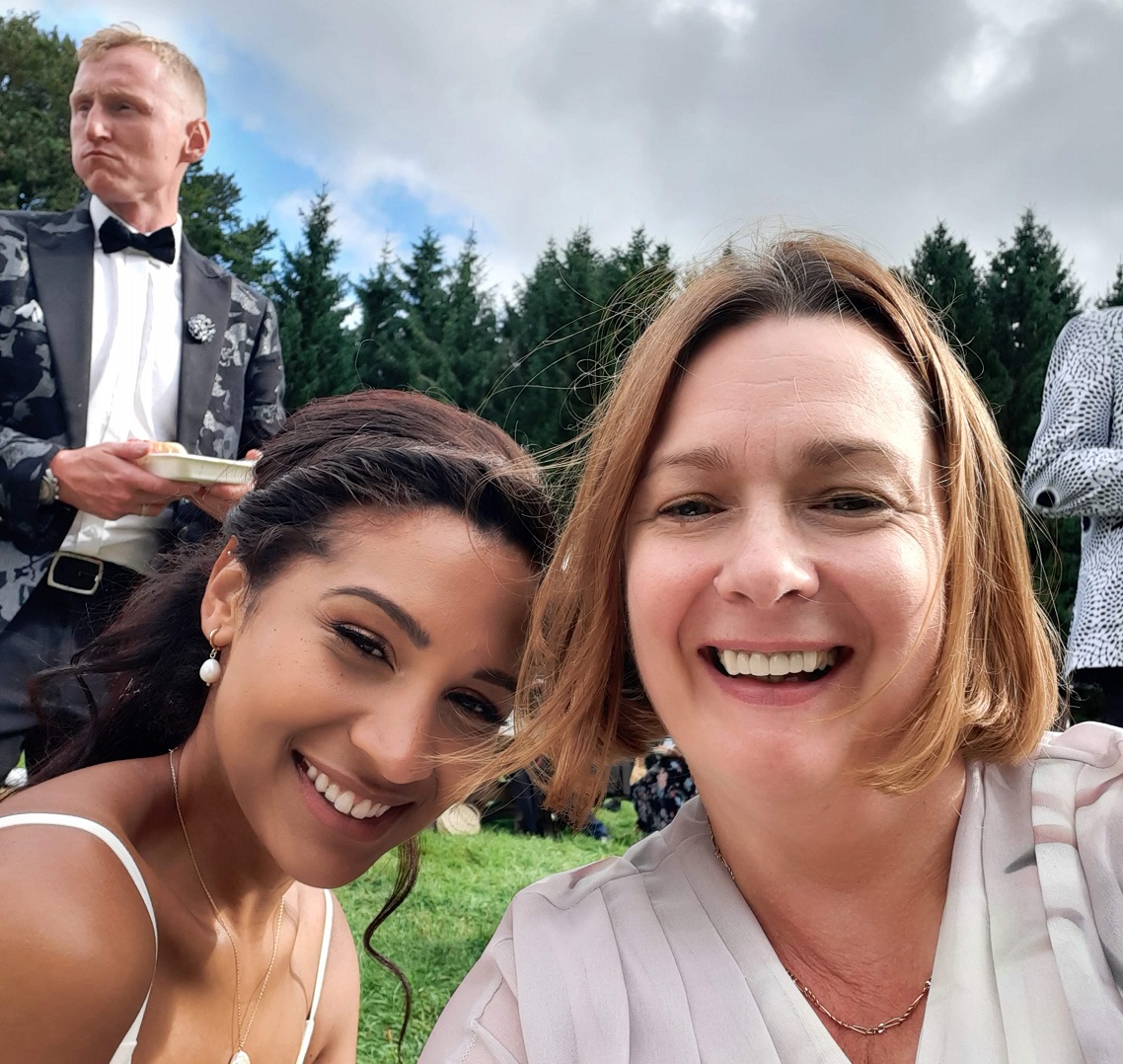 I wish the new Mr and Mrs Halkett all the happiness in the world, a very special couple and a growing family.

I look forward to hearing how they and getting on.  I feel very privileged to have been a small part of their special day. 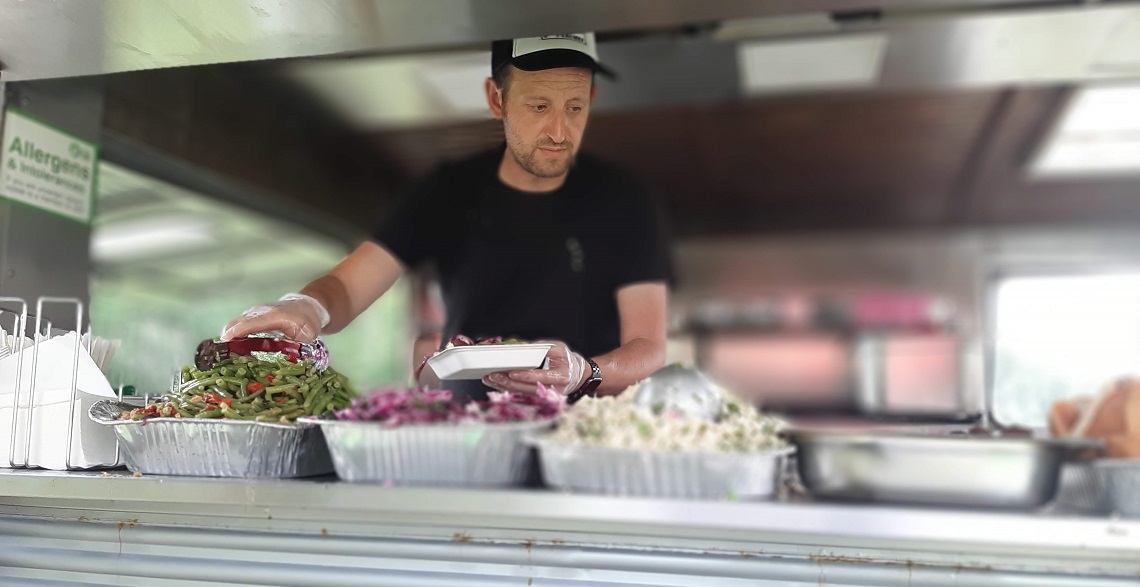 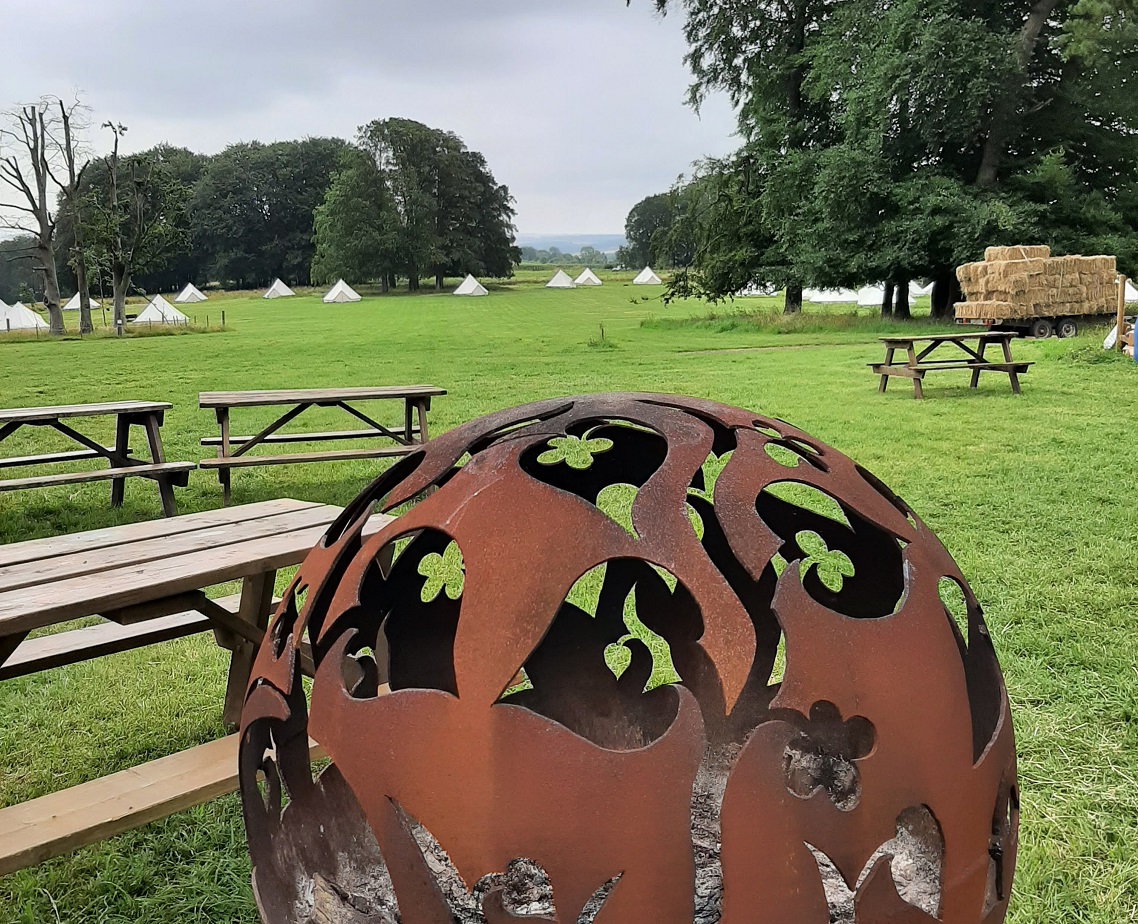