Commitment Ceremony at the Tudor Barn 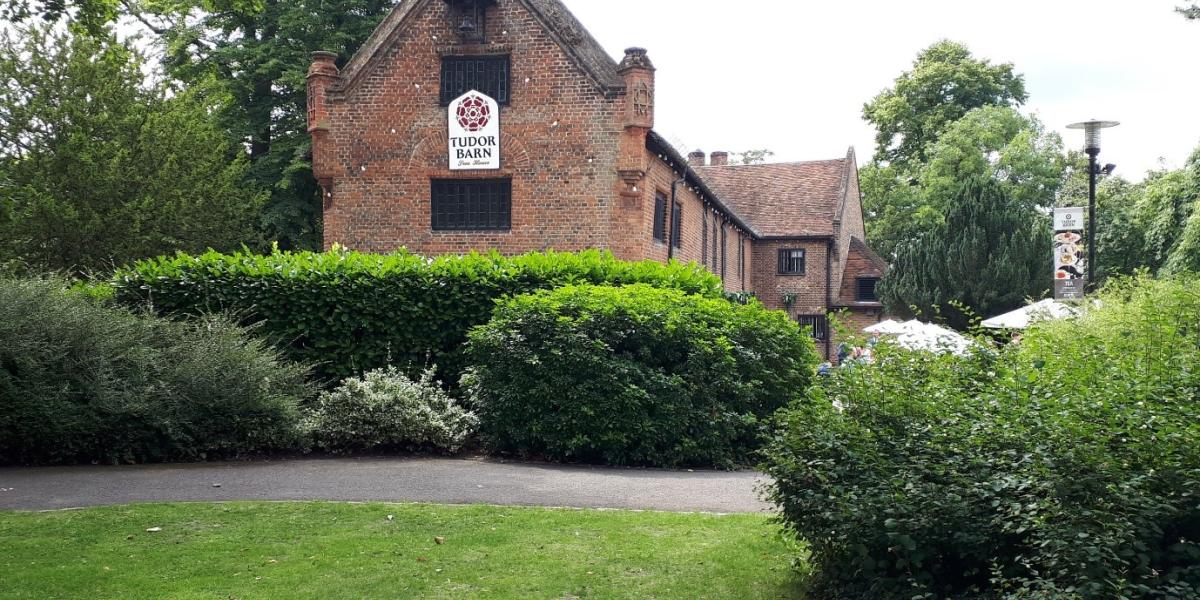 Lorna reports that it was a fabulous setting and a wonderful day and she has written her account of the wedding below:

On Saturday, I ventured far beyond the M3 to conduct a very special ceremony between a couple in the Tudor Barn in Eltham, which dates back to the 1500s.  It was such a beautiful setting, nestled and hidden in the middle of the town of Eltham. You would not have guessed that you were not far from central London either. 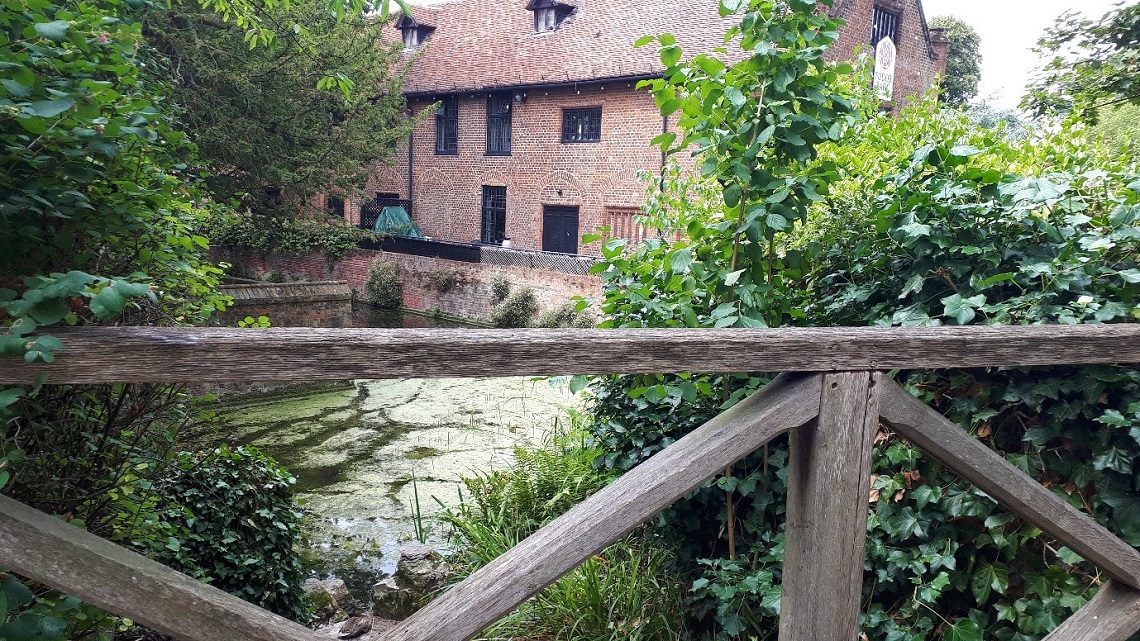 I got taken upstairs which was like being taken back in time with the stain glass windows and wooden beams.  The room was very long but was split in half to make a ceremony on one side and the dinner on the other side.  It was prettily decorated with chivari chairs with sheer dark pink bows and flowers at the top of the aisle. 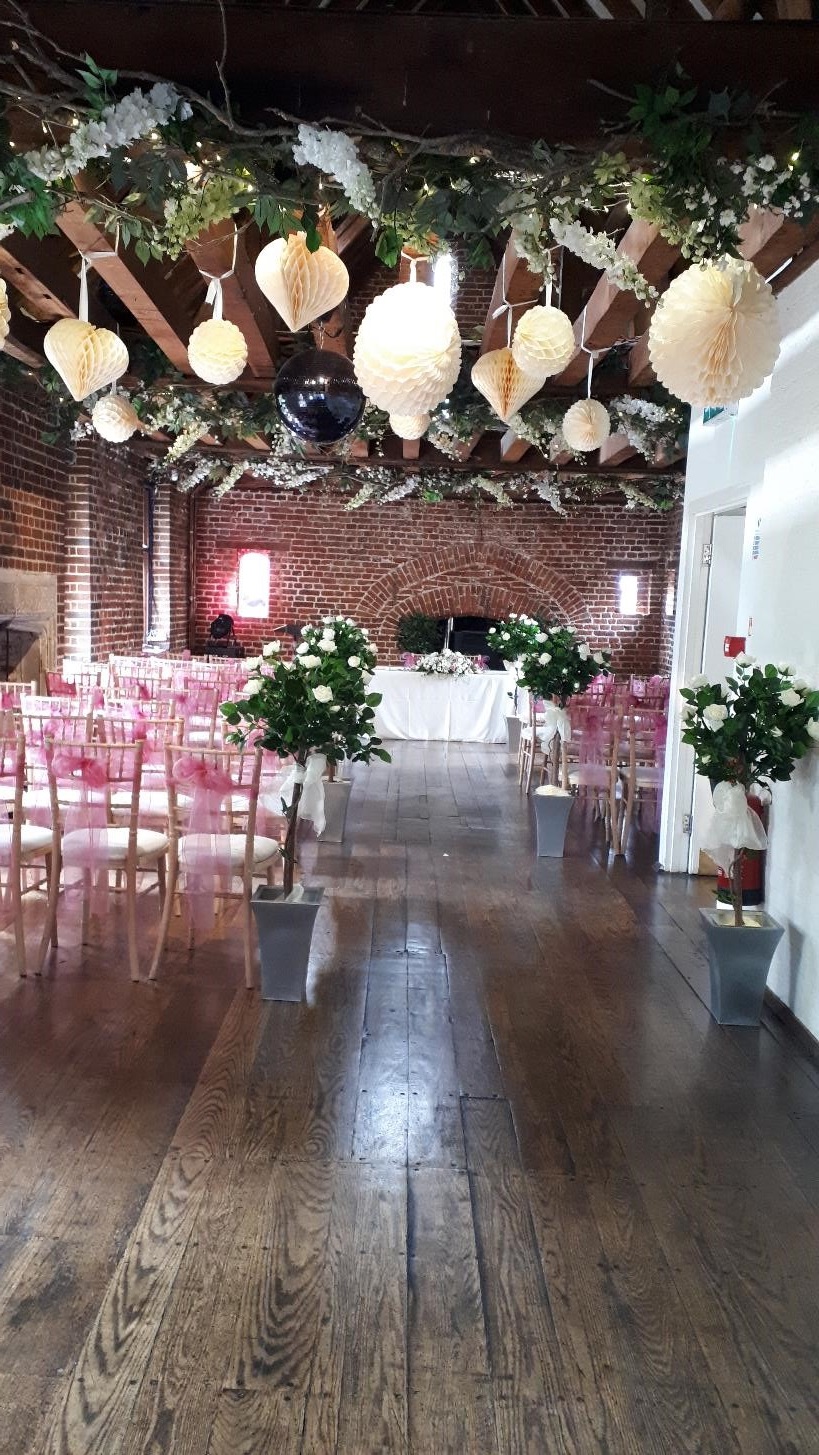 I met with the photographers, and the venue to discuss the running times of the ceremony. They were all very helpful and kind.  All was set in place.  We made sure that the music was connected and was working so that I could manage my cues.

The Groom and his best man appeared very cool calm and collected.  The rings were in place and again we went through the ceremony, letting him know that he would not have to guess when things would happen, as I was there to guide him through.  Even when he had to say anything, I would say it first in small bite size pieces… 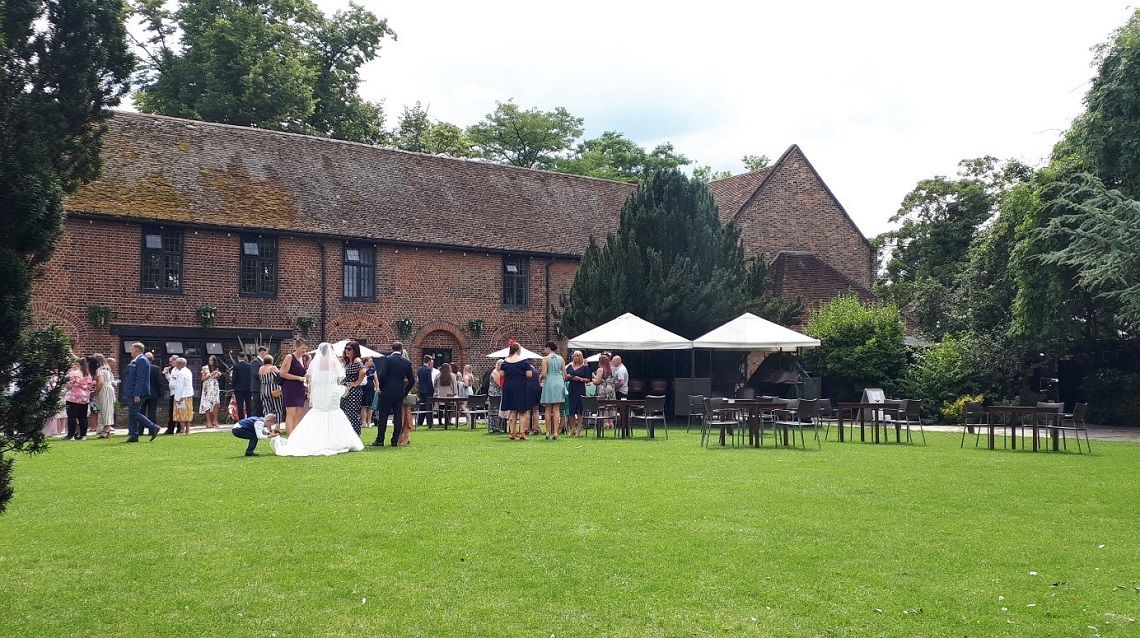 Anticipation was rising as we waited for the bridal party to appear.  The guests were ushered from the sunshine in the garden to the ceremony room, and the groom calmed his nerves as he awaited his beautiful bride.  This had been a long-awaited moment for the couple, and they were so happy that it was finally happening.

The photographers were now ready to detail the day's events in film and we were soon ready to welcome the bridal party. 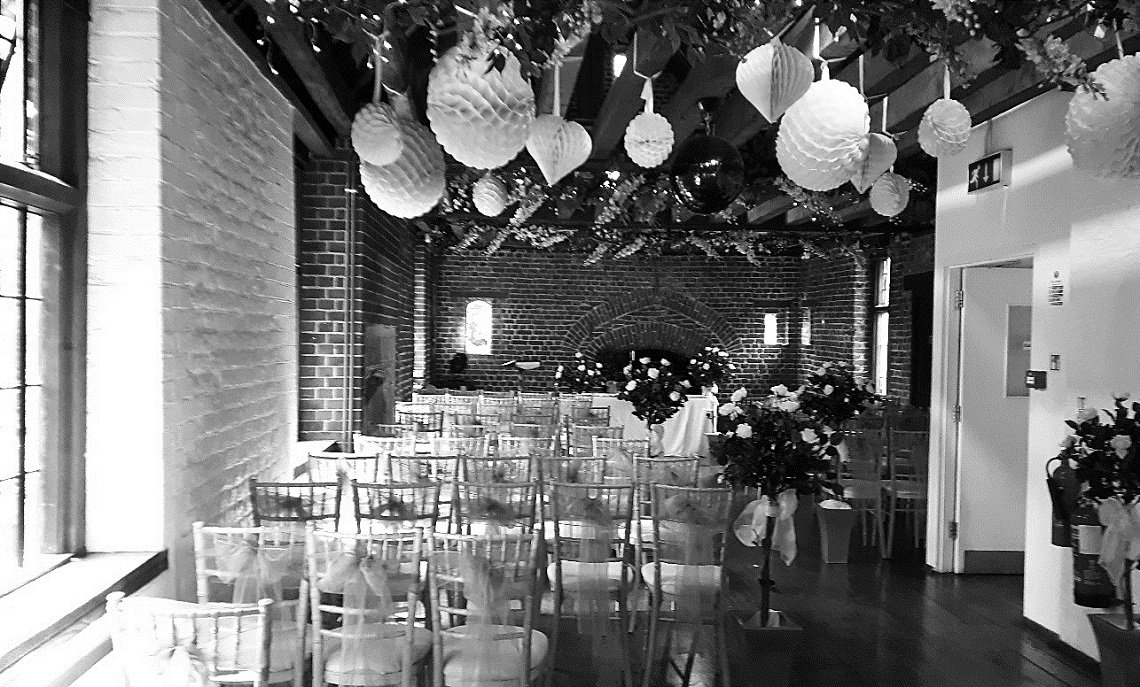 The Bridal party arrived, and we confirmed the procession for the aisle, you could feel the excitement in the air.  Then finally our Bride arrived, guests were seated, and we were ready to start.  As I gave the nod to quieten the music for my housekeeping message, the guests settled in the beautiful ceremony room.

The two Paige boys were waiting for me to take them through to the bridal party, where I had ensured that the 5 and 8-year-old were to walk down the aisle in between the bridesmaids and maids of honour so they had the support around them.  It’s a little daunting when you are little…… 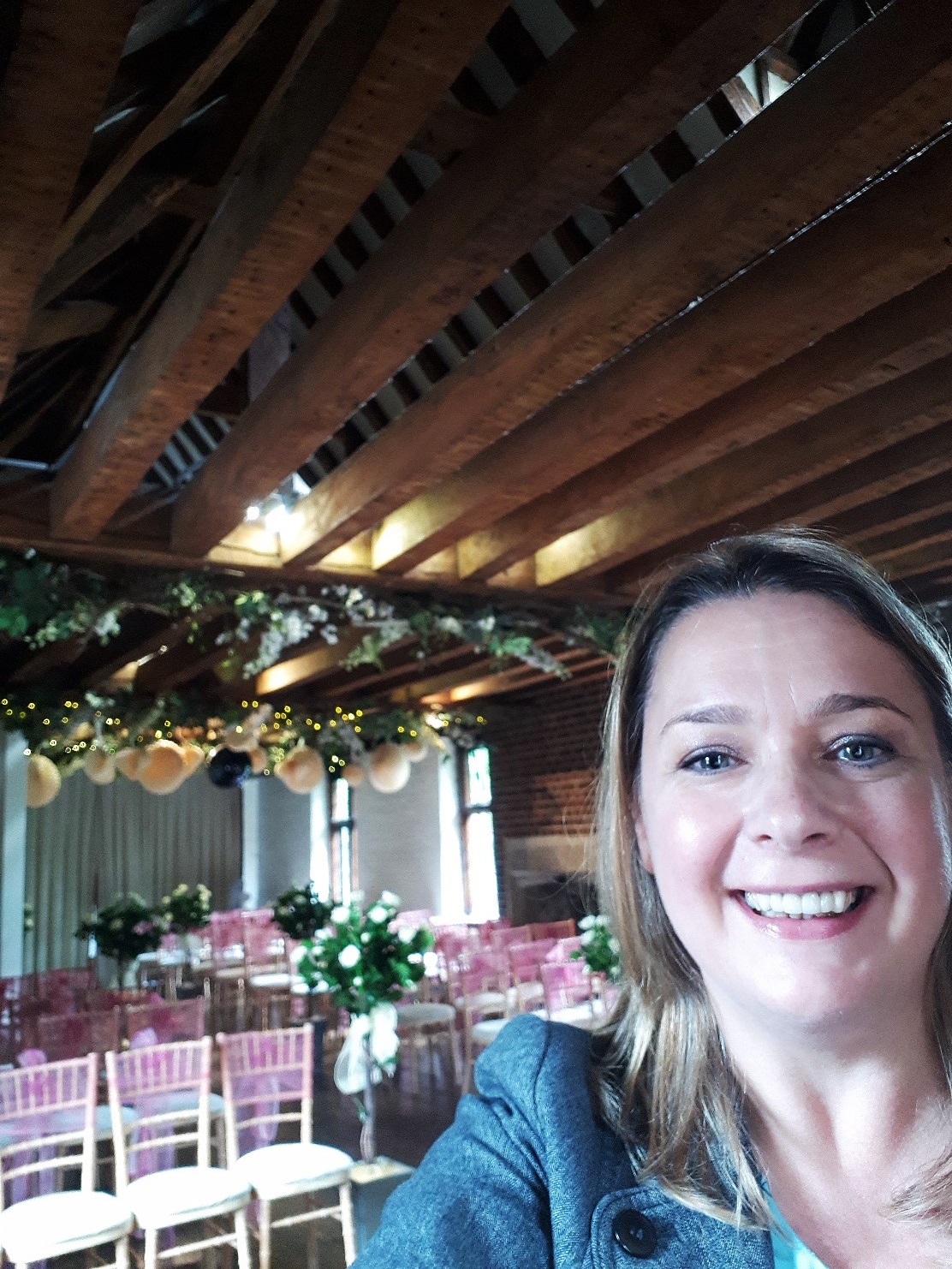 Everyone was in high spirits and the ceremony was cordial, warm and modest.  The two were joined together and there were whoops, cheers and applause from their nearest and dearest..

It was my great pleasure to guide this couple through their special ceremony at the weekend and I wish them both all the luck and happiness for their future together. 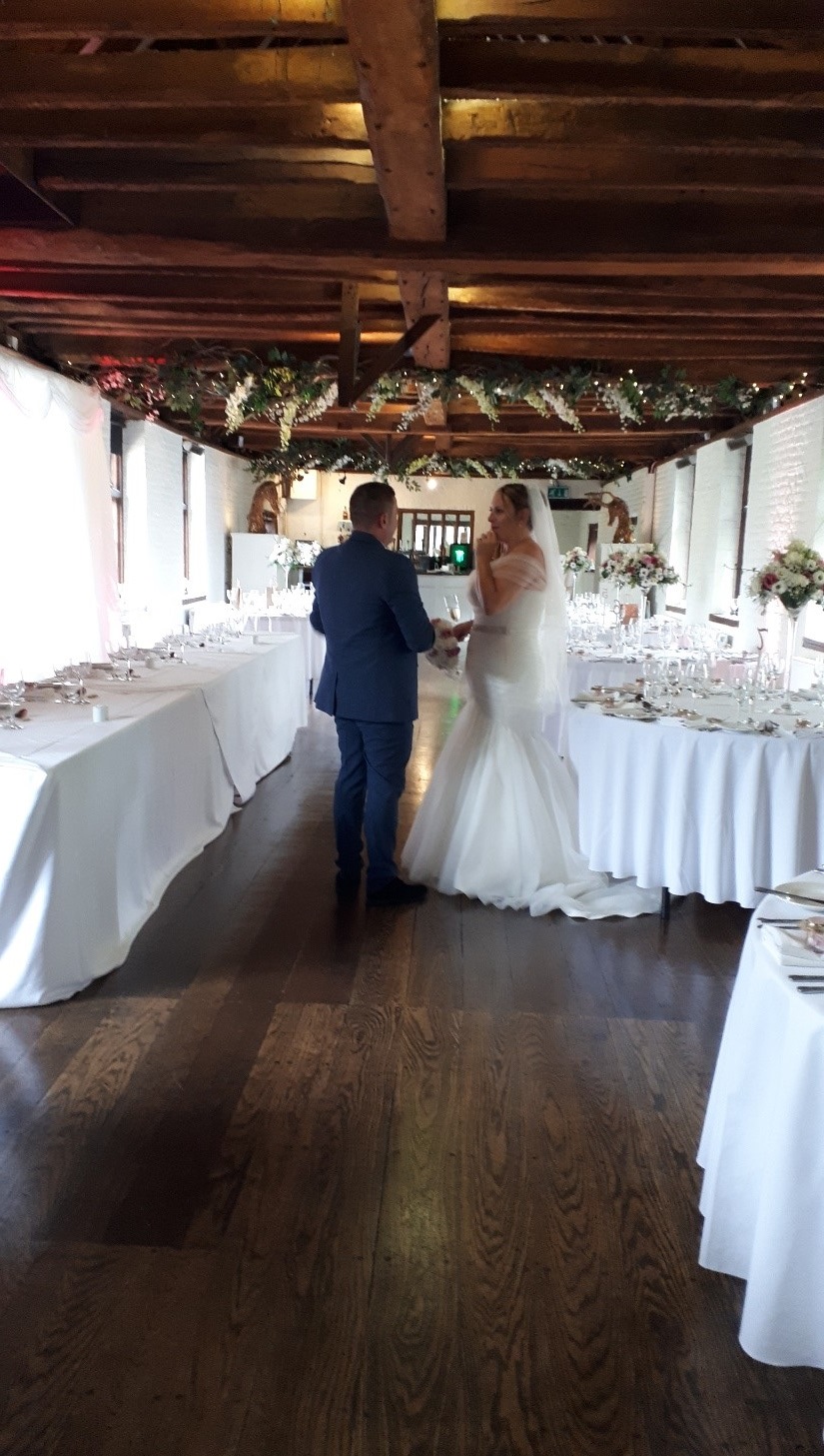